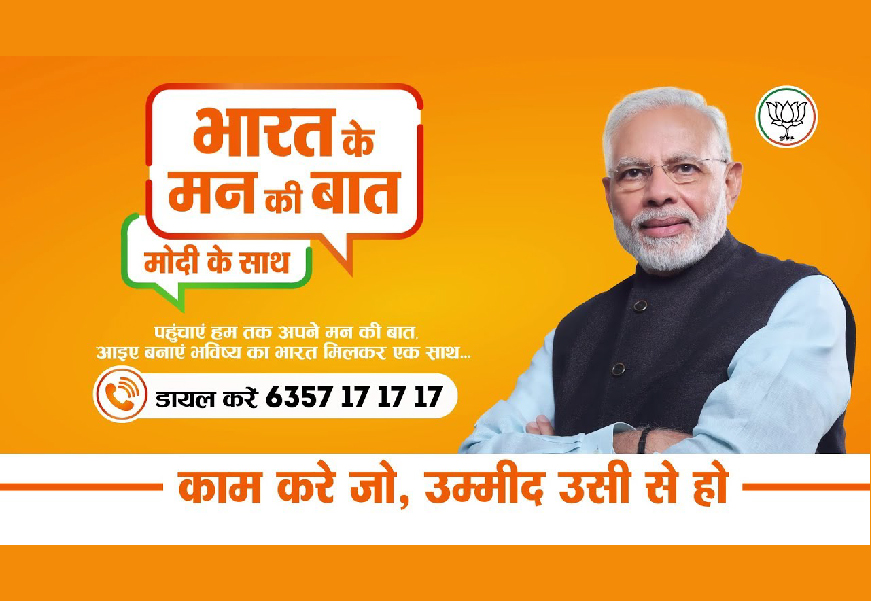 ‘Mann Ki Baat’ is a unique initiative of the Prime Minister Shri Narendra Modi to reach the masses across the country through the Radio. The Prime Minister through his address on the radio aims to connect with the common man on regular basis and inform them about the initiatives of the Government and also seeks the support of the common man in nation building and governance.
The thought behind the campaign Bharat ke Mann Ki Baat, was to know public opinion and expectations from the Government. Thecampaign was aimed to provide food for thoughts to create manifesto of BJP for 2019 General Elections.

Campaign’s objective was to create a manifesto on the basis of Public Opinion and Suggestions. The initial aim was to collect 2Cr+ Suggestions from all over India. CIL used its advanced technology to setup most easy communication channel for citizens to convey their opinion.

CIL provided an interactive IVR Solution to record opinion of users. Users can give a missed call on mobile number 6357171717, after which they will be called back to record their suggestion or leave a recording of his/her expectation for Manifesto. All recorded messages were made available on live MIS Dashboard for centralized access.

This is for the first time in the country that we are asking people for suggestions that could be included in the party's 'Sankalp Patra' (manifesto). The statistical outcome is as follows: